You are here: Home / Our Wines

We do get asked quite a lot about the wines that we sell. We are sure that you agree that wine is such a personal thing that it is difficult for us to give anything apart from our own opinion and to be honest we cannot drink our way through every wine to do this……..

So to help you in your wine selection we have used a well-known online app and put together a summary of the wines we sell.

What we would also ask is that you review the wines that you try. This means your experiences and thoughts can added to both our website and recommendations book so that others can benefit.

We have also tried to add a bit about Spanish wines, although our range is not exclusively native we do hope that a background to the grapes and some of the growing regions will help.

Enjoy and if there is anything in the range that you feel we are missing please talk to us, we cannot promise we can accommodate it but we will try.

Robin, Nicola and all the staff at Alfaix Village Store

When it comes to learning about Spanish wine, it is important to get to know the different grape varieties that are grown in Spain as well as their geographic distribution.
In Spain, wines are classified into different wine regions, each with their own set of wine laws and quality standards. Currently, Spain has 69 major wine regions, the more correct term being “Designation of Origin” (D.O.).

You are most likely familiar with at least a few of them. Some of the most well-known wine regions of Spain are Rioja, Ribera del Duero, Penedés, Navarra, Rueda, Cava, Rias Baixas, Jeréz, & La Mancha.

Be careful not to mix up the name of the grape with the name of the wine region. It is quite common for people to confuse them. You should know that when asking for a “Rioja” you are referring to the Designation of Origin. However, if you order an “albariño” wine, for example, you are naming the grape variety. The wine region is called Rias Baixas.
Let’s look at some grape varieties that come from Spain. Most people around the world would not necessarily recognize these names but they are the main force of traditional Spanish wine.

Grape names are not much used in Spain. In most restaurants or wine shops, wines are classified according to their origin. Spanish wine regulations limit regions, which means that in order to understand how a wine will be you should know something about that particular region! More and more producers do however include the name of the grape in their labels. We will list here the most important and common Spanish grape varietals. 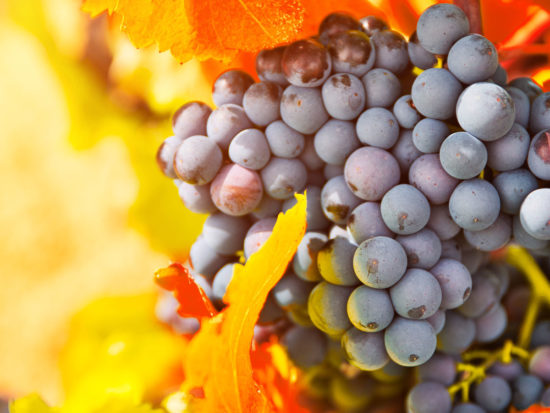 Tempranillo
Tempranillo is the best known quality Red Wine Grape in Spain. “Temprano” means early in Spanish, and the name Tempranillo refers to the early time the grape has been traditionally harvested. Tempranillo is also known as Tinto Fino in Ribera del Duero, Cencibel in La Mancha and Ull de Llebre in Catalonia. Its home is however La Rioja. Tempranillo produces fresh and fruit young red wines but it shows its best when oak aged.

Garnacha (Grenache)
A grape of Spanish origin despite most people associate it with the Rohne valley in France. This grape can be found in nearly all wine countries around the world. In Spain, it is found in the Northeast area, La Rioja, Navarra, Aragón and Cataluña. In Rioja it is normally blended with Tempranillo. This grape can produce fruity wines, with raspberry aromas.

Bobal
Found mainly in Valencia, Bobal wines are full bodied and colourful. Their quality has witnessed a very important increase in the last years.

Monastrell
It is the typical grape of Murcia and the south of Valencia. It produces powerful wines with great structure and a strength somewhat higher than normal. A few years ago, these wines were very successful in Anglo-Saxon countries.

Cabernet Sauvignon
You are right, this is not a Spanish grape varietal! The increasing demand for varietal wines in importing countries has made many Spanish plant cabernet. As cabernet grows well nearly everywhere, the results have been very good in Spain. As Cabernet is fairly tannic it is often blended with other grapes to produce more complex wines. You will find Cabernet wines in different regions in Spain (La Mancha, Catalonia, Navarra, etc.)

Merlot
Yet again another French grape variety in Spain. Merlot has also been quiet successful (though to a lesser extent than Cabernet) in Spain and can be found in many different regions.

Syrah
Syrah has become relatively popular in Spain, mainly in La Mancha and in the Mediterranean areas. In Spain you will find a very different Syrah to the Rhone or Australian Syrah. Spanish Syrah wines are normally full bodied, high in alcohol.

Tinta de Toro
This of the tempranillo grape family and is most typically grown in Zamora.
The Cariñena and Garnacha grape varieties are both widespread in different regions of Spain and in other wine-producing countries around the world.
There are many more red wine grape varieties: Manto Negro from the Baleraic Islands Negramoll and Listán Negro from the Canary islands, Prieto Picudo from León, Brancellao and Caíño from Galicia. Also, in Galicia, Alicante, and Albacete, we can find the interesting grape variety called Garnacha Tintorera, the only variety of red grape whose pulp is also purple. 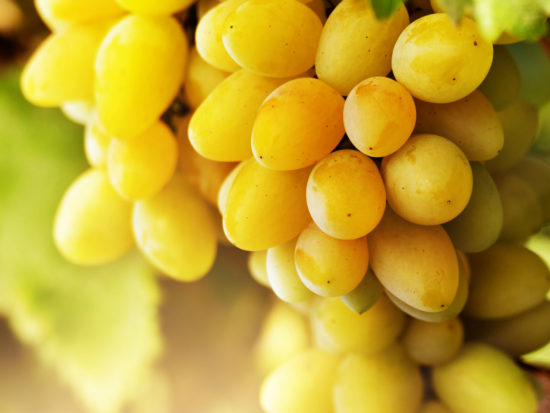 Verdejo
Typical grape of the D.O. Rueda. Wine from this grape have gained lots of commercial strength in the recent past. Verdejo wines are aromatic (with a tropical character), with body. Some producers opt for oak aging, and the results have been very good.

Albariño
Sometimes this Spanish grape varietal is thought to be the name of the appellation of origin where the wines are produced (Rias Baixas in the Northwest of Spain, in Galicia) Albariño wines are aromatic, crispy and with a distinctive aroma. It produces acid wines, but also with high glycerine that gives them a silky texture.

Godello
Another grape from the Northwest of Spain, Godello is a high quality grape that produces very aromatic wines.

Palomino
Used mainly for Fino production in the South of Spain.

Xareló, Parellada and Macabeo (or Viura)
These are the 3 grapes tradionally used to produce Cava.

Airen
Though unknown to many people, this Spanish white varietal is the world’s most planted grape in the world. The grape was traditionally used for the production of alcohol that served as the base for Brandy.

Albillo
Traditionally a grape used for food consumption, has recently increased its importance and use in wine production. Its skin makes it a useful grape to be used in blends with other white grapes like airen or viura which sometimes lack in aromas. Albillo is used in Ribera del Duero and is heavily planted in the Madrid wine region

Spanish Verdejo
Spain
Thought to have originated in North Africa, Verdejo has found a hospitable climate and soil in central Spain. Full-bodied and aromatic, this wine is often compared to Sauvignon Blanc.
One of Spain’s most popular cultivated white wines, Verdejo should hold a place in any wine enthusiast’s collection. In order to qualify as Verdejo the grape in question must account for at least 50% of the juice in the bottle.
The grapes are harvested at night to control the temperature and then fermented in stainless steel. This interesting combination of winemaking techniques result in a well-rounded and complex juice that is loved the world over.
Expect bright and fresh acidity with prevailing lemon, green apple, kiwi and pear. You will also enjoy fennel, mushroom, and a hint of grass. The wine is dry and should be served chilled.
This wine pairs really well with poached proteins and shellfish. The acidity cuts through and compliments asparagus, tomatoes, olives, and greens with vinaigrette dressing. The wine isn’t known for longevity and should be consumed within 3-4 years of bottling.

BE A PART OF YOUR VILLAGE

Sign up to know of special offers that may be of interest to you.

Please note that all orders for bakery next day must be in before 8pm on the previous evening.

This website uses cookies to improve your experience while you navigate through the website. Out of these cookies, the cookies that are categorized as necessary are stored on your browser as they are essential for the working of basic functionalities of the website. We also use third-party cookies that help us analyze and understand how you use this website. These cookies will be stored in your browser only with your consent. You also have the option to opt-out of these cookies. But opting out of some of these cookies may have an effect on your browsing experience.
Necessary Always Enabled
Necessary cookies are absolutely essential for the website to function properly. This category only includes cookies that ensures basic functionalities and security features of the website. These cookies do not store any personal information.
Non-necessary
Any cookies that may not be particularly necessary for the website to function and is used specifically to collect user personal data via analytics, ads, other embedded contents are termed as non-necessary cookies. It is mandatory to procure user consent prior to running these cookies on your website.
SAVE & ACCEPT

Pre-order from our bakery range to avoid missing out - CUT OFF IS 8PM for next day ... Dismiss